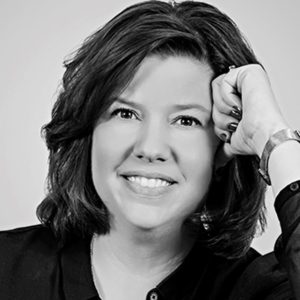 Elizabeth Lindsey joined Wasserman in 2007 and currently serves as Managing Partner. She is responsible for leading the team of global professionals who develop, negotiate and creatively execute partnerships and events on behalf of all corporate clients and leading sports and entertainment properties. During Lindsey's tenure, her division has more than tripled in size and has expanded both geographically and in service offerings, adding a robust property consulting team as well as Experiential Marketing and a Research and Insights practice. In addition, Lindsey now oversees Wasserman's full end-to-end service offering from marketing strategies through the execution and activation to bring those strategies to life, as well as the measurement of their effectiveness. Prior to her role as Managing Partner, Lindsey served as Senior Vice President with Wasserman and the Raleigh, North Carolina-based sports and entertainment consulting firm OnSport, which was acquired in 2007 by Wasserman. In that role, Lindsey's team was responsible for strategy and negotiation for clients such as Pepsi, Scotts and American Express, among others. The team was responsible for a number of industry milestone partnerships including American Express' first ever corporate partnership with the United States Golf Association and Pepsi's landmark NFL deal. Prior to her time with OnSport/Wasserman, Lindsey served as director of global sponsorship at Nortel, overseeing the development, implementation, and integration of the telecommunication giant's sports and entertainment partnerships, which included relationships with the NHL, PGA Tour, tennis and Formula One racing. In 2010, Lindsey was honored for her accomplishments by SportsBusiness Journal in its annual "Forty Under 40," a list of the most influential sports executives under the age of 40. Lindsey holds a Bachelor of Arts degree in broadcast journalism and a master's degree in mass communication from the University of North Carolina in Chapel Hill. She currently resides in Chapel Hill, North Carolina with her husband, Jeff, and their son, Will, and serves on the Board of Directors for Make-A-Wish of Eastern North Carolina.