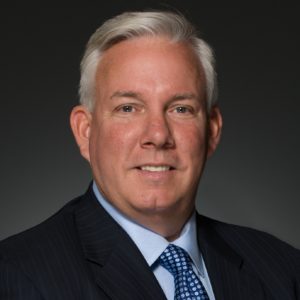 Jeff joined the PGA of America as its first Chief Commercial Officer in 2014. He leads the PGA's marketing/communication, media, merchandising, international, and sponsorship divisions. In 2016, Price spearheaded the commercial and media initiatives around the Ryder Cup, which delivered record hospitality, merchandise and ticket sales. In addition, he oversaw the PGA's ThxPGAPro Centennial campaign, its most successful marketing initiative to date. Previously, Jeff drove the digital transformation of Sporting News, which he joined as President and Publisher in 2010. Jeff also spent eight years at Sports Illustrated, serving as President of SI Digital and Chief Marketing Officer. In 1999 and 2000, Jeff was chosen for Sports Business Journal's "Forty-Under-40" list. He was named to SBJ's Top 10 list of sports industry digital leaders in 2007 and 2008. Price received his M. A. in Sports Management from the University of Massachusetts and a B. A. in American History from Bates College.