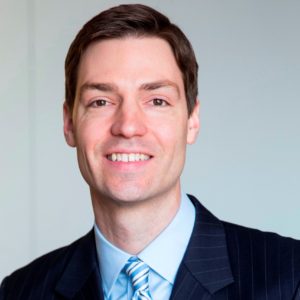 Chris is the SVP of League Economics and Strategy at Major League Baseball. He joined MLB in 2008 and leads a team responsible for economic initiatives across the industry including the revenue sharing system, player contract approvals and salary arbitration, and negotiating economic provisions of the collective bargaining agreement with the Major League Baseball Players Association. Chris is responsible for a variety of operational initiatives including on-field rules, pace of game, creation of the Major League schedule, and the development of baseball at the amateur level. Chris also supports the Competition Committee and Long-Term Strategic Planning Committee. Chris was recognized with the Sports Business Journal's "Forty under 40" award in 2015 and 2016. Chris received an MBA from Harvard Business School and a B. S. in Computer Engineering from the University of Virginia. He was a letterman as a pitcher for the UVA baseball team and was the team captain his senior year.