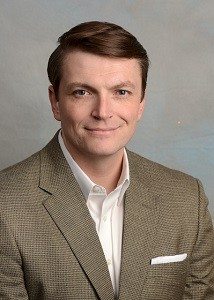 Nick has been with Anheuser-Busch for just over 18 months and his list of accomplishments is robust. In total, Kelly is responsible for every sports property at Anheuser-Busch, equating to more than a-quarter billion dollars in sponsorships -inclusive of league, team and venue deals within the NFL, MLB, NHL, NBA, NASCAR, PGA, UFC, soccer and college sports. Nick continues to lead a refreshing perspective to A-B's sports entities to rework, revitalize and position the brewer's brand sports properties for growth. Prior to his current role, Kelly served as the lead communications strategist and spokesperson for the world's most popular beer, Bud Light, including its Bud Light Lime, Bud Light Lime RItas, and Bud Light MixxTails beverage line; Mexican liquid innovation Montejo and the entire A-B Value Brand segment inclusive of Busch, Natural Light and Rolling Rock families of products. Kelly was responsible for developing, launching and sustaining a positive narrative around national Bud Light programs including its NFL relationship as the official beer of the league, Super Bowl activations and the acclaimed Whatever USA campaign. Nick is a graduate of Marshall University.