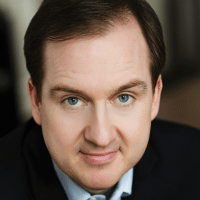 Sam helped launch basketball's analytics movement when he joined the Houston Rockets in 2005. His eight-year Rockets tenure-the last seven with Daryl Morey-saw the team enjoy three straight 50-win seasons (including a 22-game winning streak) before making a roster overhaul to acquire James Harden. In 2013 Hinkie took over as the steward of the Philadelphia 76ers and repositioned the franchise's future in just three seasons by acquiring record numbers of talented young players and draft picks, including drafting the first Rookie of the Year in 25 years to be selected outside of the top 10 picks. The innovative Sixers front office was named by ESPN as the top team in professional sports for their use of analytics. Hinkie began his career at Bain & Company before stints in private equity & venture capital. He graduated with highest honors from both Oklahoma & Stanford. Sam and his family live in Palo Alto where he is a Lecturer at Stanford and an advisor to entrepreneurs.