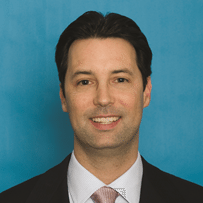 Director of Basketball Operations, Detroit Pistons Ken Catanella is working in his second season as Director of Basketball Operations for the Detroit Pistons. He joined the team after several years at the NBA League Office, where he directed the NBA's salary cap and basketball analytics efforts. In his role with the Pistons Catanella serves as the team's salary cap specialist, leads Detroit's analytics efforts, and directs the day-to-day operations of the basketball operations department. Prior to his time with the League Office, Catanella managed the analytics efforts of the New Jersey Nets (2006-08) and managed the creation and implementation of the Nets' statistical scouting systems. He also advised the team's front office and ownership by evaluating domestic and international player personnel as well as formulating the team's strategic financial plan. Before joining the Nets, Catanella worked in both basketball and finance. Following graduation from Amherst College in 1997, he worked on Wall Street providing analytics on stadium/arena financings for professional teams and valuing publicly traded companies. His basketball experience includes time as a collegiate player and assistant coach at Amherst College and a professional player for the Cologne 99ers of Germany. He also later served as the German Bundesliga team's Assistant General Manager. While earning his MBA at Duke University's Fuqua School of Business, Catanella was a graduate assistant on the 2004 and 2005 Duke University Men's Basketball teams. He developed systems and analytical scouting methods for the team's coaches, and concurrently interned with the Assistant General Manager of the Philadelphia 76ers.