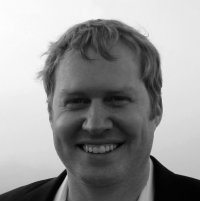 Founder and Principal, Fathom Information Design @Ben_Fry Ben Fryis founder and principal of Fathom Information Design, a design and software consultancy located in Boston. He holds a PhD in Aesthetics and Computation from MIT. Fry has authored and co-authored multiple books on data visualization and develops "Processing" -- the programming environment he co-created with artist Casey Reas used by designers and developers all over the world. Fast Company includes Fry on its lists of "The 50 Most Influential Designers in America" and "The Most Creative People in Business 1000. " In 2011, Fry visited the White House to receive the National Design Award for Interaction Design. His work can be found in fine art museums (MoMA, Whitney, Cooper Hewitt), in feature films, and in labs like the research lab of human genome pioneer Eric Lander, as well as the portfolios of Fathom's corporate clients such as Nike, GE, Google, Samsung, Volkswagen, and the World Bank.