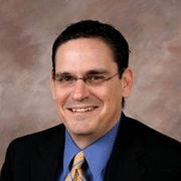 Director of Decision Sciences, Houston Astros Sig Mejdal has been Director of Decision Sciences for the Houston Astros since January 2012. Prior to that, he was Director of Amateur Draft Analytics at the St. Louis Cardinals for 7 years. He is responsible for a team that provides analysis, player projections and data-driven decision making for the General Manager's office. While his baseball-playing career ended in Little League, he has had an almost unhealthy interest in baseball research ever since. Mejdal has undergraduate degrees in both mechanical and aeronautical engineering, and master's degrees in industrial engineering and human factors engineering. Before entering baseball, Mejdal worked as a NASA researcher.