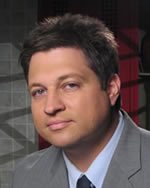 NBA Insider, ESPN @ESPNSteinLine NBA Insider Marc Stein joined ESPN in 2000 to cover the NBA for ESPN. com. In addition to covering NBA news for all of ESPN's platforms, Stein authors the popular Weekend Dime column and ESPN's weekly NBA Power Rankings while also covering major NBA events and USA Basketball for ESPN. com. He appears regularly on SportsCenter , NBA Coast to Coast and additional news and information programming and contributes to both ESPN Radio and ESPN The Magazine's NBA coverage. Stein began covering the NBA during the 1993-94 season with stints as both Los Angeles Clippers and Los Angeles Lakers beat writer for the Los Angeles Daily News. He then served as Dallas Mavericks beat writer and later as NBA columnist for the Dallas Morning News before his move to ESPN. His work has also appeared in The Washington Post, The Orange County Register and The San Bernardino Sun. In addition to his NBA work, Stein has covered soccer's World Cup, tennis' U. S. Open and the Summer Olympics. And since June 2011, Stein has co-hosted a weekly soccer show - Soccer Today - on ESPN Radio (103. 3 FM) in Dallas. Stein is a 1991 communications graduate of California State University Fullerton and received his school's highest alumni honor when he was named as part of CSUF's 2006 class of "Vision & Visionaries. " His writing has been honored numerous times by the Professional Basketball Writers Association.