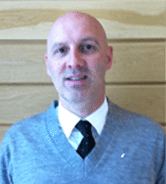 Head of International Scouts, Chelsea FC Scott McLachlan is the Head of International Scouts at Chelsea Football Club in the EPL. Reporting to the Technical Director his responsibilities include directing the scouting process, collating scouting intelligence, database design and management, recruitment analytics. Coming from a coaching background Scott started his career in professional soccer within elite youth development at professional clubs including Wimbledon FC and Northampton Town. Scott has been involved in the integration and application of performance analytics into the elite coaching process for a decade at a variety of clubs including Wimbledon FC, under renowned coach and analyst Egil Olsen, and Southampton FC, alongside Sir Clive Woodward, England's 2003 rugby World Cup winning coach. In 2009 Scott entered the developing discipline of recruitment analytics at Fulham FC in the EPL where he fulfilled the role of Technical Scout. Scott graduated from South Bank University, London in 2003 with a Masters degree in the Science of Sports Coaching.