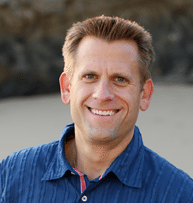 Creator/Host, ESPN Sport Science @Sport_Science John Brenkus has spent the last decade studying and popularizing the unique characteristics of the world's greatest athletes. A co-founder of BASE Productions, he co-created the groundbreaking series Fight Science for the National Geographic Channel and serves as the on-air host, co-creator, and executive producer of ESPN's six time Emmy Award-winning show Sport Science. Co-CEO John Brenkus is the Director and Creative Director of all BASE Productions programs, and is responsible for developing the signature looks and styles that have defined BASE's growth in the industry. John Brenkus has built BASE Productions according to his vision of allowing audiences to experience and appreciate the science behind the most extreme events, conditions and experiences in the world. The result is high-octane programming that's proven successful across several formats and a variety of cable channels. Brenkus plays an integral part in the production of each BASE show, including his role as host of "Sport Science. " Brenkus' energy and constant enthusiasm for uncovering innovative new show formats drives the overall success of BASE Productions.