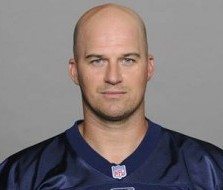 Indianapolis Colts Quarterback andMC10 Sports Advisory Board Member Matthew Hasselbeck is a professional football quarterback for the Indianapolis Colts. He was selected in the sixth round of the 1998 NFL Draft by the Green Bay Packers. After a season on the practice squad and two seasons backing up Brett Favre, he was traded to the Seattle Seahawks in 2001. Hasselbeck gained the starting role in 2003, and led Seattle to six playoff appearances and a Super Bowl; he was selected to three Pro Bowls and an All-Pro selection. Following ten seasons with the Seahawks, Hasselbeck joined the Titans in 2011. In 2013, he signed a contract with the Indianapolis Colts.