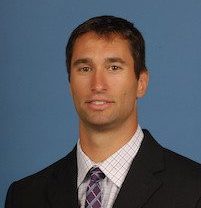 Director of Science & Research, Houston Rockets Joe Rogowski is entering his ninth season in the NBA. Following seven seasons as the Strength and Conditioning Coach / Athletic Trainer with the Orlando Magic, he worked the last two seasons with the Houston Rockets. Rogowski is also currently the vice president of the NBA Strength Coaches Association and coordinates the annual NBA Strength Coaches Association Educational Conference. During the offseason, Rogowski presents on several strength and conditioning topics at various conferences, both nationally and internationally. He is a published author who co-wrote several articles for both The Journal of Strength & Conditioning and The Journal of Athletic Training . In 2013, he co-authored the book "Conditioning and Strength for Human Performance. "The NCAA appointed Rogowski to its cardiac task force because of his unique research in the area of athlete cardiac physiology. In addition, Rogowski participated in the 2012 London Olympics as Head Strength & Conditioning Coach for Great Britain Basketball. Rogowski, originally from Chicago, graduated from DePauw University with a degree in sports medicine and athletic training. He earned his master's degree from the University of Central Florida in the field of exercise physiology. Rogowski is certified in both ATC/L and CSCS. Before working with the NBA, he worked with several other sports organizations including the NFL's Buffalo Bills, MLS's Chicago Fire and Athletico Physical Therapy. Rogowski is married to Diana Lopez, an Olympic medalist in Taekwondo, and they have a daughter, Liliana Marie.