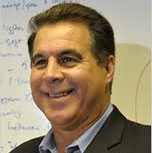 Vice President of Medical Services, Los Angeles Dodgers Stan Conte is the Vice President, Medical Services after serving after spending the last six seasons as the Director of medical services, physical therapist and head athletic trainer. Conte, 58, manages the Major and minor league medical departments and also handle medical risk assessment and injury management. Conte, regarded as one of the top experts in physical therapy and conditioning in professional sports, joined the Dodgers in October 2006 following 15 seasons with the San Francisco Giants, including seven as head athletic trainer and physical therapist. Prior to his promotion in 2000, he served as the team's assistant athletic trainer and coordinator of strength and rehabilitation for the previous eight years. Conte, received his B . S in physical therapy at California State University, Northridge in 1978 and his Doctorate of Physical Therapy at Boston University in 2010. He lectures locally and nationally on the treatment and rehabilitation of sports injuries, and authored and co-authored articles in Sports Medicine journal and books. He has served on several MLB committees including the co-chairman of the Analytic Committee and member of the Injury Surveillance System as well as on the expert panel of the MLB Research Committee. Conte and his wife, Nancy, reside in San Carlos, CA.