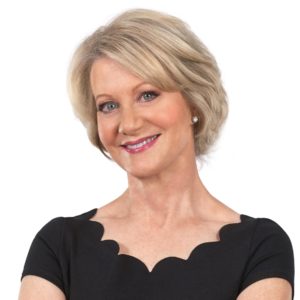 Emmy and Peabody award winning journalist Andrea Kremer is one of the most accomplished and respected voices in the industry today. Currently, she serves as Chief Correspondent for NFL Network; Correspondent for HBO's Real Sports with Bryant Gumbel; and co-host of We Need to Talk, the first ever all-female nationally televised sports show on CBS. She also teaches at Boston University's College of Communication. In 2018, Kremer was honored by the Pro Football Hall of Fame with the Pete Rozelle Radio-Television Award recognizing her "long-time exceptional contributions to radio and television in professional football. " Later that year, Kremer again made history alongside fellow journalist Hannah Storm as they became the first-ever all-female duo to call an NFL game for Thursday Night Football (TNF) for Amazon Prime Video. Between the 2018 and 2019 NFL seasons, they called 22 TNF games and were widely lauded for creating an insightful and unique alternative to a traditional NFL broadcast. A versatile reporter during her years at ESPN and NBC, Kremer has worked more than 25 Super Bowls, covered three Olympic Games and many other marquee sporting events such as the NBA Finals, Major League Baseball's All-Star Game and League Championship Series, college football bowl games, Stanley Cup Playoffs and Finals, NCAA Men's Basketball Tournament, U. S. Olympic basketball trials, and the PGA Championship. A native of Philadelphia, PA, Kremer began her journalism career at the Main Line Chronicle in Ardmore, PA and soon after joined NFL Films as their first female producer. She is married with one son.