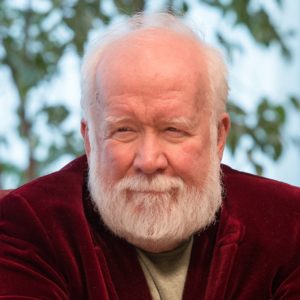 Since joining ESPN in 1988, John A. Walsh's fingerprints are on many of the network's largest initiatives and launches. An executive vice president, Walsh has served as executive editor since December 1990 and oversaw the launch of ESPN The Magazine and ESPN Radio; been instrumental in developing the many news and information elements within ESPN, including networks and new shows; and led the editorial direction of ESPN. com and its properties. Currently he also serves as chairman of ESPN's editorial board. Walsh had served as a consultant to the company since July 1987 before being hired in January 1988 as managing editor. In that role, he was responsible for the editorial content of all news and informational programming, including SportsCenter , ESPN's flagship sports news program. Walsh's career path before settling at ESPN was a series of eclectic and influential editorial positions in the newspaper and magazine industries, in sports, news and popular culture. The founding editor of the original Inside Sports magazine (1979-82), Walsh also served as managing editor of U. S. News and World Report (1985-86) and Rolling Stone (1973-74). He held a number of editorial positions at Newsday (1970-73), including sports editor and op-ed page editor; worked as sports editor of the Columbia Missourian (1967-70), and was an editor at the Washington Post style section (1977-78). He has been the editor of three sports books, including "The Heisman: A Symbol of Excellence," published in 1984. In addition, he has served as a consultant for several publications, including Esquire magazine (1982-83), Vanity Fair magazine (1983-84), the New York Times Sunday sports "Part Two" magazine (1985) and Special Report magazines published by Whittle Communications. His television experience includes consultancies to CBS Sports' NFL Today program (1986-87 season) and with TVTV on a PBS documentary on the 1976 Super Bowl. A native of Scranton, Pa. , Walsh earned a bachelor of arts degree in English from the University of Scranton in 1966 and received a master's degree in journalism from the University of Missouri in 1968. In 1991, he received the Frank J. O'Hara Award from the University of Scranton's National Alumni Association, recognizing his "sustained achievement in the communications field. " In 2001, he received the University of Missouri Journalism School Medal of Honor.