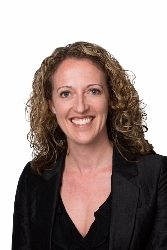 As President, Team Marketing & Business Operations (TMBO) and Chief Innovation Officer at the NBA, Amy Brooks drives innovative decision-making and growth across the league’s business through the development and execution of new ideas and initiatives, and collaborates with the NBA’s senior leadership on setting the league’s global strategic priorities.

Previously, Brooks served as the NBA’s senior director of marketing partnerships. Prior to joining the NBA in 2005, Brooks worked for Bain & Company, a global management consulting firm. Previously, she was a product manager at Sun Microsystems.

Brooks received her M.B.A. from the Stanford Graduate School of Business. She also holds a bachelor’s degree from Stanford University, where she was a member of the women’s basketball team that won three conference championships and went to the NCAA Final Four. Brooks serves on the national board of directors for Positive Coaching Alliance, a nonprofit organization. She also has been recognized by SportsBusiness Journal (Forty Under 40) and Forbes (Most Powerful Women in Sports).

No Lead is Safe: Innovation in Sports

Sports has been a bastion for innovation and change.