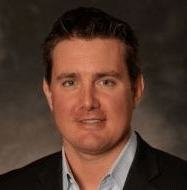 CEO, Ticketmaster Nathan Hubbard is CEO of Ticketmaster at Live Nation Entertainment. He was named to the position after the conclusion of the Live Nation-Ticketmaster merger in January 2010. Ticketmaster is the world's premier live entertainment platform and a top 5 e-commerce site in the world. Previously, he had been Chief Executive Officer of Live Nation E-commerce, overseeing all digital, ticketing, and e-commerce initiatives for the company and architecting the successful launch of Live Nation Ticketing in January 2009. He joined the company in 2006 following Live Nation's purchase of Musictoday, an e-commerce and ticketing platform for artists and entertainment brands, where he was Chief Executive Officer. Nathan began his career in entertainment as a touring and recording singer/songwriter, with five albums to his credit. Nathan is a summa cum laude graduate of Princeton University and holds an MBA from Stanford Graduate School of Business.