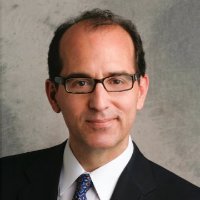 President & CEO, The Postolos Group LP, a firm that focuses on advising in sports acquisitions of major league franchises. He was formerly the President of the Houston Rockets and Houston Astros. In 2015 Postolos invested in ticket distribution and strategy company Eventellect. The company works with sports teams and select entertainment companies to help them achieve their ticketing goals. The company has been ranked on INC magazine’s fastest growing privately held companies list for seven consecutive years. George has a distinguished history in the sports business. His firm has advised numerous bidders for NBA, MLB and NFL teams and other sports properties.

As the former President and CEO of the Houston Rockets, Postolos spearheaded development of Toyota Center, conceived and negotiated the television partnership with the Houston Astros and sublicense to Fox Sports Net, and led the growth in the Rockets business that more than tripled the value of the franchise.

Breaking Away From The Pack: Sports Entrepreneurship

The sports industry has experienced tremendous growth over the last ten years—but the growth hasn’t come from a single source.