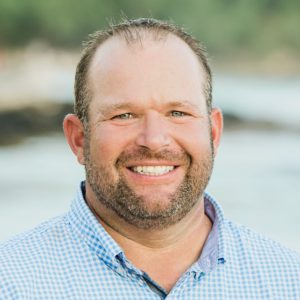 Jason started playing golf when he was just 11 years old. He played at both the University of Arizona and Pepperdine University. At Arizona during both his freshman and sophomore years he was the PAC 10 Individual Champion. After transferring to Pepperdine, he helped lead the Waves to the 1997 NCAA Championship. Jason's stellar amateur career continued with victories in the 1997 Pacific Coast Amateur and the California State Open. Jason was also selected as a member of the winning 1997 United States Walker Cup team. 2017 marks his 20th year as a professional golfer. Memorably in 2005, Jason played in the final group on Sunday at the 105th U. S. Open at Pinehurst. He capped off a successful run with winning the 2005 84 Lumber Classic on the PGA TOUR. Jason also belongs to an elite group of players who have shot 59 in their careers. When he's not on the golf course, Jason enjoys spending time with his wife and high school sweetheart, Megan, and his two children, Jaxon and Olivia.