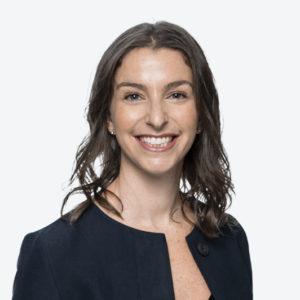 As a result of Carolyn Tisch Blodgett’s leadership as Senior Vice President and Head of Global Brand Marketing, Peloton—the company that has revolutionized the fitness industry—is now a household name and a viral community that is every marketing executive’s dream. Carolyn’s efforts helped generate a more than tenfold increase in sales for Peloton. She created and guided the company’s marketing team and implemented a marketing strategy that grew Peloton’s membership base to nearly one million members. She increased brand awareness from 15% to almost 65% in two and a half years, and, according to leading marketing research, produced a series of top performing integrated marketing campaigns, including the 2018 holiday campaign. Carolyn also oversaw Peloton’s largest media investment during the 2018 Winter Olympics, spearheaded the launch of Peloton’s second ever product, the Tread, and oversaw the company’s first international expansion. In addition to leading Peloton’s marketing efforts, Carolyn was part of the senior team who raised $670 million in funding ($120 million in Series E and $550 million in Series F). Over the last year, her work has been cited by national outlets including the Wall Street Journal, PRWeek, AdWeek, and Business Insider. Most recently, she’s been recognized as one of AdWeek’s Most Powerful Women in Sports, one of the 25 Most Influential CMOs in the World by Business Insider, one of AdAge’s 40 under 40, and a recipient of the prestigious 2018 AdWeek Brand Genius Award.