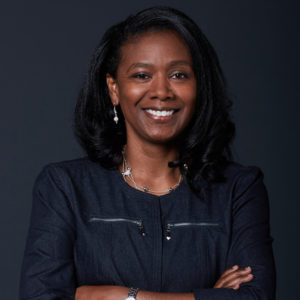 Portia Archer is the Vice President of Direct-to-Consumer Services for NBC Sports and is responsible for the launch, development and management of NBC Sports Group’s direct-to-consumer business and live streaming product, NBC Sports Gold. In her role, Archer is charged with understanding and serving the evolving needs of sport fans and audiences.

Archer previously served as Vice President of International Distribution for HBO, where she led strategic planning and launch efforts for HBO channels outside of the U.S. Prior to HBO, Archer led transformation efforts in Production, Programming, TV Channels and Digital at the BBC and BBC Worldwide.

She is the founder of NBC Sports Group’s “Huddle Up” mentorship program, dedicated to fostering connections and growth opportunities for employees. Archer is also a member of Women in Cable Telecommunications (WICT) and the International Academy of Television Arts and Sciences. In 2018, Archer was named one of AdWeek’s Most Powerful Women in Sports. A native of Chicago, Ill., Archer graduated from The University of Chicago with a A.B. in Public Policy and Economics and holds an MBA from Columbia Business School.