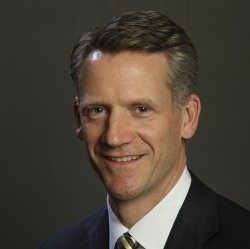 Executive Vice President and Chief Marketing Officer, NASCAR Steve Phelps is Executive Vice President and Chief Marketing Officer for the National Association for Stock Car Auto Racing (NASCAR). He is also a member of the company's Executive Council. Phelps oversees all NASCAR efforts in corporate marketing, brand/consumer marketing, Integrated Marketing Communications (IMC), licensing, automotive group, business development, digital and social media, broadcast, entertainment, NASCAR Productions, information technology, corporate events and human resources. Phelps is based at NASCAR headquarters in Daytona Beach, Fla. and reports to Chairman / CEO Brian France. Phelps joined NASCAR as Vice President of Corporate Marketing in July 2005. He was named CMO in February 2006 and promoted to Senior Vice President in January 2010 then to Executive Vice President in December 2013. Under Phelps' leadership, NASCAR commissioned an independent study in 2010 which directly resulted in the formation of its current five-year Industry Action Plan. Created to ensure future growth, the IAP targets a number of areas including youth, generation Y, multicultural development, driver star power, product relevance and digital and social media. Among the immediate developments resulting from the study - all of which were under Phelps' oversight - were a restructured communications department (IMC), a rebranded and refocused NASCAR Productions team and the expansion of NASCAR's digital presence. To bolster NASCAR's prominence in the digital realm, Phelps led the move to reacquire NASCAR's digital rights, which led to the re-launched NASCAR. com in 2013. Also in 2013, NASCAR introduced its best-in-class Fan & Media Engagement Center, which allowed the sport to better interact with its millions of fans and more rapidly respond to the needs of the industry at large. In 2012, Phelps led NASCAR's search to secure advertising and marketing firm Ogilvy & Mather as its Agency of Record in order to expand the sport's marketing efforts and provide an integrated solution to help the sport grow its audience in youth, Gen Y and Hispanic. In recognition of the evolution in thought culture and the execution against the sanctioning body's IAP, Phelps won Adweek's prestigious Sports Marketing Executive of the Year, as well as being named its 2012 Brand Genius Award winner. Prior to joining NASCAR he was Executive Vice President of Sales and Marketing for Wasserman Media Group. From 1990 to 2004, Phelps was Vice President, Corporate Marketing with the National Football League, and brought many new sponsors to the league, managed key sponsor accounts, and instituted a philosophy focused on developing mutually beneficial partnerships. A native of Vermont, he obtained a Bachelor's Degree from the University of Vermont and an MBA from Boston College. He and his wife Dina have four children: daughters Katherine and Maddie; and sons Jack and Ryan.