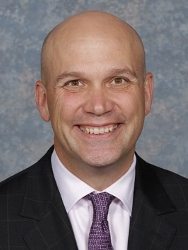 President, Sacramento Basketball Holdings Chris Granger is in his first season with the Kings, but he is a 14-year veteran of the NBA. As President of Sacramento Basketball Holdings, Granger is responsible for all Kings business operations as well leading the development of the downtown arena. Prior to joining the Kings, Granger was the Executive Vice President of the NBA's renowned Team Marketing and Business Operations (TMBO) function, advising NBA, WNBA and NBA Development League teams on all aspects of business operations including ticket sales, sponsorship sales, marketing, community relations, communications, and new media. He has worked with the Kings in various capacities since 2004, most recently leading the TMBO function in Sacramento that supported the "re-launch" of the Kings, after the threat of relocation. During Granger's years in TMBO, teams across all three leagues have set numerous and consistent records for attendance, gate receipts, and sponsorship revenue. Prior to joining the NBA, Granger held leadership positions within the Walt Disney World Company, mainly on the resort side of the business. Granger received his bachelor's degree from Cornell University and his M. B. A. from Yale. He also spent a year abroad at the prestigious London School of Economics & Political Science. An Indiana native, Chris now lives in the Wilhaggin area of Sacramento with his wife Jennifer and daughters, Zoe and Megan.