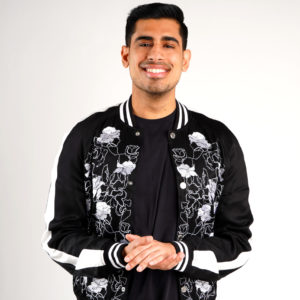 Omar Raja serves as commentator for ESPN’s digital and social content. In addition to being the leading voice behind ESPN’s SportsCenter Instagram account, Raja’s role includes multi-platform talent appearances across shows like Hoop Streams, The College Football Playoff Show, and SportsCenter. He is also responsible for strategic social programming across ESPN’s social platforms, bringing industry-leading expertise in user-generated content strategy and social community building to expand ESPN’s reach to the next generation of sports fans.

In his first year since joining ESPN in January 2020, the SportsCenter Instagram account attracted record-high engagement with over 20 million followers (up +25% year-over-year), 1.76 billion total actions (+115%), and 373,000 actions per post (up +75%). The account also serves fans at the intersection of sports and culture, attracting the attention and praise from some of the biggest athletes and celebrities in sports and entertainment. Raja also plays a key role in ESPN’s TikTok content strategy, which has grown to over 14 million followers in just two years.

With his entrepreneurial spirit, Raja became one of the earliest creators and influencers in social media as founder of House of Highlights in 2014 while he was in college. The Instagram account quickly gained a following and, in just five years, built a community of both a younger audience of sports fans and superstar athletes and celebrities alike. In 2015, Bleacher Report acquired House of Highlights and hired Raja. At Bleacher Report, Raja and team expanded the brand and business, building one of the most followed U.S. sports media accounts on Instagram.

He first started creating content on Instagram with an account called Sportsposters, which focused on providing followers with the most up-to-date sports news through graphics. Prior to that, he worked at Machinima as director and partner, where he created and produced over 110+ videos that attracted more than 6.1 million views on YouTube.

Raja has been named to numerous lists recognizing visionary leaders that are making an impact on the industry, including one of Fast Company’s Most Creative People in Business, an Agent of Change by Hashtag Sports, and to SBJ’s New Voices Under 30 and Digiday’s Changemakers.

He graduated with a bachelor’s degree in business from the University of Central Florida.

OK, Zoomer: How Data Can Win Back Gen Z