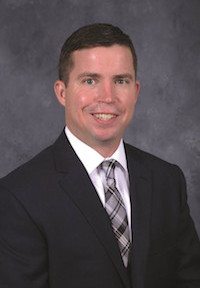 Kelly Cheeseman serves as the Chief Operating Officer (COO) for the Los Angeles Kings and AEG Sports. AEG Sports oversees multiple sports teams and events including the LA Galaxy (five-time MLS Champions), Amgen Tour of California (America's most successful cycling race) and several European hockey and soccer franchises. Currently in his 14 th year with the organization, Cheeseman's day-to-day role as COO includes overseeing the various business departments with the goal of maximizing club revenues. His areas of oversight include Ticket Sales and Service, CRM and Analytics, Marketing, Digital, Game Presentation, Public Relations/Communications, Broadcasting, Fan Development, Community Relations and Human Resources. As part of the senior executive leadership team within the Kings, Cheeseman has helped play an integral role in achieving record organizational success and setting a number of franchise records in Ticket Sales, Sponsorship and On-line Digital Metrics. In March of 2014, he was named to Street and Smith's Sports Business Journal's Forty Under 40 list. Prior to his role as COO, Cheeseman served as Senior Vice President of Ticket Sales and Service for the Kings and AEG Sports. He played an integral role within the Kings business operations division as the club enjoyed unprecedented ticket sales and revenue. Cheeseman led the Kings Ticket Sales department that achieved records in many categories including number of sell outs. Under his leadership since 2008, the Kings Season Ticket base has grown by more than 80 percent and achieved record renewal rates. In addition to his focus on Ticket Sales, Cheeseman directed all Customer Retention and Service, Database Marketing and CRM initiatives, as well as Ticket Operations. He served as a member of the NHL Ticket Advisory Board and he is currently a Board Member for the Kings Care and LA Galaxy Foundations, and he is a member of the Board for the Discovery Science Center Los Angeles. He has also served as a guest speaker on numerous NHL and industry panels in recent years, speaking on Customer Retention, Database, New Business and Dynamic Pricing. During his tenure at AEG, Cheeseman has been an integral part of the success of numerous high profile events in Los Angeles including championship boxing, tennis, lacrosse, soccer, cycling, track and field, three MLS Cups, as well as two Stanley Cup Championships, an NHL All-Star Game, NHL Draft, NHL Premier in Europe, and an Outdoor Game at Dodger Stadium. Before joining the Kings and AEG, Cheeseman worked for the Rancho Cucamonga Quakes (California League) as Marketing Manager with a focus on Marketing and Ticket Sales. A graduate of Northwood University in West Palm Beach, FL, Cheeseman earned a Bachelor of Arts degree in Marketing Management in 2000. At Northwood he minored in Advertising and MIS. In 1996, he attended Seton Hall University in South Orange, NJ. In school, Cheeseman served as Senior Class President; was a Member of the Men's Varsity Baseball Team at both universities; was the 2000 Student Athlete of the Year (Northwood University) and was a member of Who's Who in College Students in North America in 2000. Kelly and his wife Andrea reside in Redondo Beach with their daughter Emma.