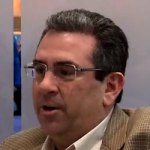 Scott Loft, Vice President of Ticket Sales, Retention and Database Operations for the Oklahoma City Thunder, is an industry veteran with over twenty-five years of professional sports leadership experience in the NFL, NHL and NBA. Loft's sports career started with the Philadelphia 76ers where he spent nine seasons culminating as the Director of Ticket Sales. After his stint with the 76ers, Loft became one of the first employees with the NHL's expansion Nashville Predators. After five seasons with the Predators, Loft joined the Jacksonville Jaguars as the Executive Director of Ticket Sales and Marketing where he oversaw all aspects of ticket sales and marketing. Loft was chosen to be the Jaguars sole attendee at the Inaugural NFL Management Program at Stanford and his five years in Jacksonville were highlighted by the local oversight of the ticketing functions for Super Bowl XXXIX. Loft then joined the Miami Dolphins for three seasons which were highlighted by the team's local ticketing oversight of Super Bowl XLIV, the 2010 BCS National Championship game and the 2010 NFL Pro Bowl. Prior to his career in sports, Loft received his undergraduate degree from Ball State University and his Master's Degree from Temple University.