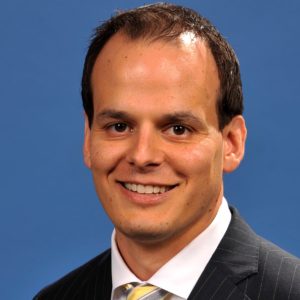 Anthony serves as EVP of Strategy for the Orlando Magic. He is responsible for overall corporate strategy, including analytics and digital properties. Anthony has led several of the Magic's most significant strategic projects such as implementation of the team's data and analytics platform, deployment of marketing automation, and the re-launch of the team's mobile app. Anthony originally joined the Magic in 2004, working on the team's efforts to finance and build a new arena. He then joined Goldman Sachs as an investment banker before returning to the Magic in 2008. Anthony has been a featured speaker, domestic and abroad, on the topic of analytics and digital marketing. He received his bachelor's degree in finance from the University of Central Florida in 2005, and an MBA from the University of Florida in 2010.