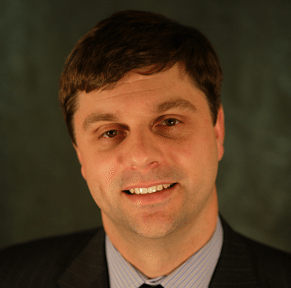 COO, NFL Media Brian Rolapp was promoted to Chief Operating Officer of NFL Media in January, 2011. Rolapp is responsible for generating revenue across the NFL's media businesses including digital media, NFL Network, advertising sales and NFL sponsorships. He also leads the development and implementation of strategy for the NFL's media assets, including television contracts and digital media rights. Rolapp is one of the chief advisors for NFL clubs on various media issues. Last year, Rolapp helped negotiate the NFL's record-setting mobile content and sponsorship deal with Verizon Wireless, which provided Verizon customers with the ability to get NFL Network and, for the first time, NBC's "Sunday Night Football" and NFL RedZone channel on their mobile phones. Rolapp is also part of the team negotiating the NFL's television rights with CBS, FOX, NBC, ESPN and DirecTV, as well as the Thursday Night Football games on NFL Network. Additionally, Rolapp was a key member of the team that completed deals with Comcast and other cable operators, satellite and telecos that increased the distribution of NFL Network to make it the number one network for cable growth in 2009 , and the NFL RedZone channel that was called "The greatest invention in the history of mankind" by Sports Illustrated. NFL. com continues to be one of the most innovative and fastest growing sports websites delivering NFL content through a variety of features and subscription products. Under Rolapp's direction in 2010, NFL. com launched a new NFL fantasy football game that was the first NFL fantasy game with exclusive NFL video highlights. Prior to his promotion to COO of NFL Media, Rolapp was Senior Vice President, Media Strategy and Digital Media, where he developed the media group's strategic plans and managed the NFL's digital businesses, including NFL. com and the cross platform licensing of NFL content. Rolapp was instrumental in increasing the NFL's owned-and-operated media assets by bringing in-house the operations of NFL. com, the most trafficked sports league website. Before joining the NFL in 2003, Rolapp served as Director, Business Development for NBC Universal in New York, in which he was instrumental in NBC's cable and new media strategies, including NBC's acquisition of Vivendi Universal Entertainment's cable assets USA Network, Sci-Fi and Trio. Rolapp was a member of the media investment banking team at CIBC World Markets prior to joining NBC Universal. Rolapp is a graduate of Brigham Young University and the Harvard Business School, and serves as a National Trustee of the Boys & Girls Clubs of America. He is a member of Sports Business Journal's Forty Under 40 Hall of Fame. Rolapp resides in Darien, Connecticut with his wife and four children. Biography courtesy of the National Football League.