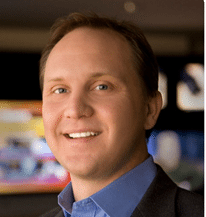 Co-President & COO, Fox Sports Media Group Eric Shanks is Co-President and COO of the FOX Sports Media Group. Along with Co-President and COO Randy Freer, he oversees all entities within the Group, including FOX Sports, FSN, FOX Soccer, SPEED, FOX Deportes, FUEL TV, FOXSports. com and all digital ventures, as well as FOX Sports' relationship with The Big Ten Network (BTN). Shanks, along with FOX Sports Media Group Vice Chairman Ed Goren and FOX Sports Media Group Chairman & CEO David Hill, serves as Executive Producer of all FOX Sports productions and is responsible for the look, sound, editorial content and superior quality of FOX Sports studio and game broadcasts. Named to the position in June 2010 at age 38, he is believed to be the youngest president of a broadcast network sports division ever. Shanks is the third president of FOX Sports since its inception in December 1993, succeeding Hill and Goren. Having joined FOX Sports in 1994 as a broadcast associate, his appointment is the very definition of the American corporate success story. A six-time Emmy Award-winner and a member of the Sports Business Journal's prestigious "40 Under 40" Hall of Fame, he assumes the day-to-day responsibilities of the FOX Sports broadcast network. He oversees programming, production, field and studio operations, marketing, promotion, communications, business and legal affairs for America's top-rated network sports division the last 13 years. He also oversees all aspects of FOX Sports television investments and partnerships. In addition, he spearheads the division's strategy of pursuing major event programming to ensure FOX Sports position as a premier network sports broadcaster. Shanks served as executive vice president of DIRECTV Entertainment since 2006, overseeing business activities related to the development of DIRECTV's original entertainment, advanced products and advertising sales. In addition, he was also responsible for the DIRECTV Sports Networks business unit comprised of regional sports networks in Seattle, Denver and Pittsburgh. In his role, Shanks developed innovative content and services that were compelling and distinct. His advances include the launch of DIRECTV on DEMAND; The 101 Network, which among other programs features the Dan Patrick Show; DIRECTV's exclusive NASCAR package; the creation of the NFL RedZone feature to DIRECTV's exclusive NFL SUNDAY TICKET package and its recently announced 3D programming initiative; and the innovative partnership between DIRECTV and Augusta National for the multiscreen coverage of The Masters. In 2006, Shanks formed DIRECTV's first in-house advertising sales team. He joined DIRECTV in 2004 as senior vice president of Advanced Services and Content responsible for business activities related to the development of DIRECTV receivers and advanced services such as digital video recording, interactive television and high-definition television. Prior to joining DIRECTV, Shanks served in various production roles at FOX Sports where he worked on the network's coverage of the NFL, NHL and Major League Baseball. Shanks also served in producing roles on NFL Europe coverage and FSN's THE BEST DAMN SPORTS SHOW PERIOD. In addition, he assisted in the development of the FOXTrax "glowing puck" and yellow first down line that has become a staple of every football broadcast. He was elevated to vice president of Enhanced Programming for FOX Television Networks before serving as President and Executive Producer of Sky Sports 1 & 2 where he launched Sky TV's Soccer coverage in Italy. He joined FOX Sports in 1994, the network's inaugural NFL season, after beginning his sports television career as a broadcast associate at CBS Sports in 1993. Born September 30, 1971 in Brazil, Indiana, Shanks lives in Los Angeles with his wife Brenda, daughter Maisie and sons Jack and David.