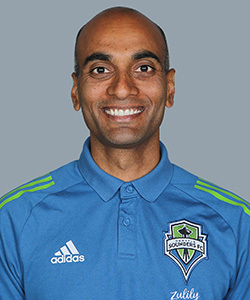 Ravichandra Ramineni is the Vice President of Soccer Analytics and Research at Seattle Sounders FC. He is the architect of the analytics platform that helps the GM, Sporting Director and the scouting department identify players for potential signings from both within MLS and from the international market. He works with coaching staff to help evaluate the team’s performances and scout opponents. Before joining the Sounders in 2013, Ravi worked at Microsoft for 6+ years on a variety of projects including analyzing large-scale datasets of user-behavior on Bing search engine and building a rules-based fraud detection engine for Microsoft online properties.