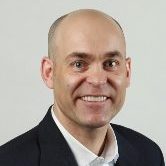 John Hollinger is vice president of basketball operations for the Memphis Grizzlies and the inventor of advanced stats such as Player Efficiency Rating (PER), Offensive Efficiency, Defensive Efficiency and Pace Factor. With the Grizzlies, Hollinger analyzes personnel decisions such as trades, draft, free agency and salary cap management, while also spearheading the development of the Grizzlies' analytics infrastructure. Before coming to the Grizzlies, Hollinger was an NBA columnist for ESPN. com for eight years. His daily "PER Diem" column was a mainstay of their coverage, while analytic tools he developed such as Power Rankings, Playoff Odds and Draft Rater became key elements of the site. Hollinger also covered major events such as the Finals, All-Star Game and playoffs, and created annual scouting reports for every player and team in the league. From 2002-05, Hollinger authored four annual edition of the Pro Basketball Forecast - first known as the Pro Basketball Prospectus - a book with stats and reports on every player and team in the league.