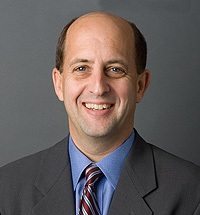 Former NBA head coach Jeff Van Gundy joined ESPN in 2007 as part of the lead broadcast team, serving as an analyst alongside play-by-play commentator Mike Breen and analyst Mark Jackson. Van Gundy was the head coach of the Rockets for four seasons from 2004-07, leading the team to a 182-146 record. He previously was head coach of the New York Knicks from 1995-2001, when his team won 248 games and made the playoffs six times (including an NBA Finals appearance in 1999). Prior to his NBA coaching experience, Van Gundy was an assistant coach at Rutgers and Providence.