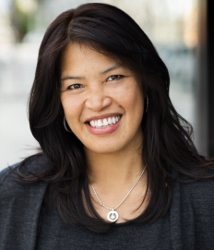 Chief Financial Officer, Golden State Warriors Jennifer Cabalquinto is currently in her first season as the Chief Financial Officer of the Golden State Warriors. In this role, she oversees all day-to-day and long-term financial planning and accounting for the organization. Jennifer Cabalquinto has over 20 years finance leadership experience in a variety of start-up, turnaround, stable and high growth business environments. Most recently, Jennifer served as Vice President and Chief Financial Officer for Universal Studios Hollywood. In this role, she was responsible for supporting NBC Universal's theme park and Citywalk operations in Los Angeles, California. Jennifer joined NBC Universal as part of the Telemundo acquisition. At the time of the acquisition, she served as Vice President and Chief Financial Officer for the Telemundo Station Group in Miami, Florida. With the integration of Telemundo, Jennifer was relocated in August 2002 to Los Angeles to serve as Vice President Finance for NBCU's Los Angeles television stations - KNBC, KVEA and KWHY. Before joining Telemundo, Jennifer worked for Ernst and Young, Royal Carribean Cruise Lines and Future Tech International in auditing, financial planning and reporting and Controllership roles. Jennifer earned a Bachelors degree in Accounting from SUNY, Binghamton's School of Management. She and her husband, Howard Joyce, reside in Oakland with their son Jack.