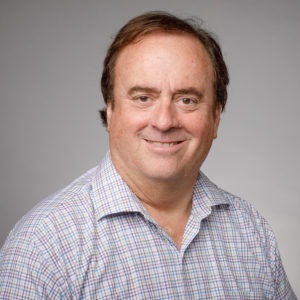 Gary Loveman, Ph.D., is currently Senior Lecturer in the Department of Finance at Harvard Business School. He previously taught Service Management in the M.B.A. and executive education programs at the School from 1989-1998. He was named the first recipient of the School’s Apgar Award for excellence and innovation in teaching. Loveman was awarded the B.A. in economics from Wesleyan University, and the Ph.D. in economics from the Massachusetts Institute of Technology, where he was an Alfred Sloan Doctoral Dissertation Fellow.

Dr. Loveman left HBS in 1998 and became Chairman, CEO and President of Caesars Entertainment Corporation. During his seventeen year tenure, Dr. Loveman oversaw a period of growth that included several major acquisitions making Caesars the largest and most diversified company in the gaming industry. In 2008, Caesars went private in a $30.7B transaction led by Apollo and TPG. He pioneered the use of cutting-edge technology and data analytics to deliver differentiated customer service and guest loyalty. Dr. Loveman also led the development of Wellness Rewards, Caesars’ widely recognized, incentive-based health and wellness program for the company’s 70,000 employees and their families. He was voted “Best CEO in the Hospitality Industry” for four consecutive years by the Institutional Investor magazine, was inducted into both the Hospitality and Gaming Halls of Fame and is the subject of case studies at HBS and Stanford Business School.

From 2012-2015, Dr. Loveman chaired the Business Roundtable’s Health & Retirement Committee, which focuses on improving the quality and affordability of the nation’s health and retirement systems. He serves on the Board of Trustees at Boston Children’s Hospital and the Board of Directors of the Boston Celtics, where he is a member of the ownership group. He served previously on the Visiting Committee of the M.I.T. Department of Economics and the boards of FedEx, Coach and Ventas, Inc.

Among Dr. Loveman’s publications are five articles in the Harvard Business Review, including “Starting Over: Poland After Communism,” published in 1995 and “Putting the Service-Profit Chain to Work,” published in 1994 and co-authored with HBS colleagues James L. Heskett, Thomas O. Jones, W. Earl Sasser, Jr., and Leonard A. Schlesinger. Dr. Loveman has authored more than 30 case studies on a number of service organizations including professional service firms, airlines, hotels, business service providers and not-for-profits.