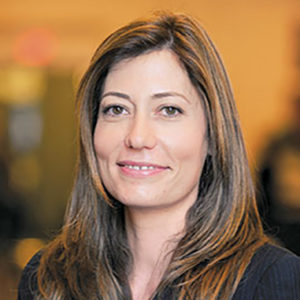 From 2007 to 2010, Milgram served as New Jersey’s Attorney General, where she led the 9,000-person Department of Law & Public Safety. Milgram was New Jersey’s chief law enforcement officer. In that capacity, she directed the State Division of Criminal Justice and had oversight responsibility for state and county prosecutors and more than 30,000 local law enforcement officers statewide. Milgram also oversaw, and significantly reformed, the Camden Police Department.

From 2011-2015, as head of the Criminal Justice Initiative at the Laura and John Arnold Foundation, Milgram led the creation, development and national implementation of the Public Safety Assessment, a national pretrial risk assessment tool.
Milgram began her career as an Assistant District Attorney in the Manhattan District Attorney’s Office. She then served as a federal prosecutor in the United States Department of Justice, where she was the Special Litigation Counsel for the prosecution of human trafficking crimes. Milgram was awarded the US Department of Justice Special Commendation for Outstanding Service and the US Department of Justice Director’s Award for her work.