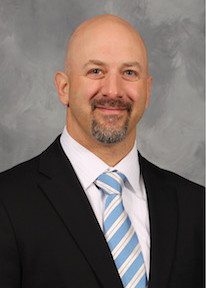 Former Assistant GM, Dallas Stars and Washington Capitals Strategic Consultant, e15 GroupFrank Provenzano has recently taken his 17 years of NHL management experience to a new arena, where he currently serves as the sports expert for the e15 Group, a Chicago-based analytics consultancy whose mission is to provide unique data-driven decision tools to professional sports teams. In his current role, Provenzano serves as both a liaison to e15's team operations clients and provides strategic guidance in the development of e15's solution platforms. Prior to joining e15, Provenzano served as the Assistant General Manager for both the Dallas Stars (2006-2013) and the Washington Capitals (1997-2004), where his primary responsibilities included salary cap management, contract negotiation, salary arbitration, player evaluation and team budgetary oversight. After obtaining his Masters in Business Administration degree from Simon Fraser University in 1994, Provenzano began his NHL management career with the Vancouver Canucks, where one of his initial tasks was to oversee the design and implementation of their first computerized scouting database. In addition to his role at e15, Provenzano has developed a niche as a "former sports management" media personality. He was a regular contributor to ESPN. com during the 2013-2014 NHL season and can currently be heard weekly on Dallas' 105. 3 The Fan radio. Additionally, Provenzano has also founded FANSeye Sports LLC, a company dedicated to the development of fan-based social media evaluation platforms, with a targeted launch date of Spring 2015.