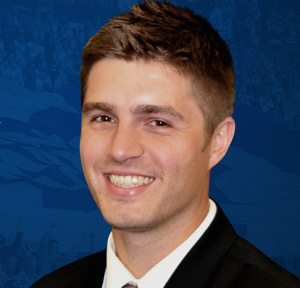 Assistant General Manager, Toronto Maple Leafs Kyle Dubas, 28, was named Assistant General Manager of the Toronto Maple Leafs on July 22, 2014. Dubas most recently served as General Manager of the Sault Ste. Marie Greyhounds in the Ontario Hockey League for three seasons from 2011-12 to 2013-14. During his tenure, his teams finished with an overall record of 109-76-7-12, which included two post-season berths and a West Division title in 2013-14. At the time of his hiring, the Sports Management Graduate from Brock University (Dean's List honours) became the second youngest General Manager in OHL history at the age of 25. From 2011 thru 2014, the Greyhounds had 14 players drafted to the National Hockey League; second most of all OHL teams over that span. Prior to his appointment as General Manager of the Greyhounds, Dubas was an NHLPA Certified Agent with Uptown Sports Management for five years from 2006 to 2011. During that time he was actively involved in recruiting and advising players at the major junior, collegiate and pro level while representing players in their contract negotiations with NHL and American Hockey League clubs. Dubas previously worked for the Soo Greyhounds from 1997 to 2006 in various roles. He was a dressing room assistant from 1997-98 to 1999-2000, a Hockey Operations assistant from 2000-01 to 2002-03 and scouted for the team from 2003-04 to 2005-06. Some of his duties over the years included developing new corporate partners and revenue streams, as well as player scouting and development.