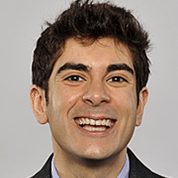 Senior Vice President of Football Technology & Analytics, Jacksonville Jaguars Tony Khan was named Senior Vice President, Football Technology & Analytics for the Jaguars in July of 2012. Khan arrived in Jacksonville after serving as General Manager and a member of the Board of Managers of Bio-Alternative LLC since 2008. The 30-year-old Khan vacated his position at Bio-Alternative in June in order to take on his current role. Under Tony Khan's guidance, the Jaguars created a Football Technology and Analytics group in 2012. In addition to being a valued asset to the coaching and scouting departments, this group also explores new technology and its applications within all areas of the Jaguars organization. These areas include fan experience, player development and injury prevention in addition to game analysis and player evaluation. Khan joined Bio-Alternative in 2007, assisting the Board of Managers with its plans to build a bio refinery in Covington, Ind. , which would produce and sell large quantities of biodiesel fuel made from used cooking oils and animal fats. Until his departure in 2012 Khan oversaw the construction and start-up of the bio refinery, which has produced and sold hundreds of thousands of gallons of biodiesel in the past year. Khan graduated from the College of Business at the University of Illinois in 2007 with a Bachelor of Science degree in finance. Khan grew up in Champaign-Urbana, Ill. , where he was born on October 10, 1982. He graduated from the University of Illinois Laboratory High School in 2001, where his graduating class had the highest ACT average of any class at any school in America. He was also an Illinois State Scholar and a National Merit Semifinalist. The award for dedication to the basketball program at University High is known as the Tony Khan Award. Khan currently serves on the advisory board of the University of Illinois Laboratory High School. He is single and lives in Champaign-Urbana and Jacksonville.