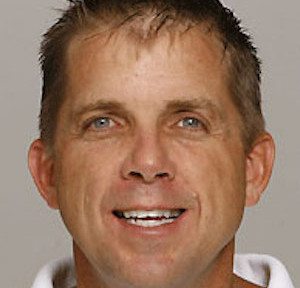 Head Coach, New Orleans Saints Since he was hired as head coach of the New Orleans Saints in 2006, Sean Payton has established himself as one of the most successful coaches in the NFL. Since coming to New Orleans, Payton has led the Saints to five playoff berths, three NFC South division titles and the franchise's first World Championship with a 31-17 win over the Indianapolis Colts in Super Bowl XLIV. Payton has a 79-43 overall record (. 648), including a 6-4 postseason mark (. 600) after the franchise had won only one playoff game prior to his arrival. Throughout his tenure, Payton holds the franchise's top winning percentage (. 648) for a head coach and ranks fourth among current NFL head coaches (min. 50 games). The 2009-11 seasons under Payton marked the most successful stretch in team history, as New Orleans posted a 41-14 mark (. 759) including the postseason, the most victories in the NFL. Payton is one of just seven active coaches to lead a team to a Super Bowl victory. The others are New England's Bill Belichick, Seattle's Pete Carroll, the New York Giants' Tom Coughlin, Baltimore's John Harbaugh, Green Bay's Mike McCarthy and Pittsburgh's Mike Tomlin. Payton's presided over the NFL's most prolific offense, leading the league in net yards per game in 2006, 2008, 2009 and 2011 and finishing first in scoring in 2008 and 2009. These are the only four times the Saints have led the NFL in offense. In franchise history, the Saints have scored at least 45 points on 16 separate occasions with 12 of these outputs occurring under Payton's watch. Defensively, New Orleans has finished in the top five twice (2010 and 2013). He has also sent a total of 31 selections to the Pro Bowl and earned the honor of coaching the NFC squad following the 2006 season. Payton earned a bachelor's degree in communications at Eastern Illinois, where as a quarterback he had 10,665 passing yards, then the third-highest total in NCAA Division I-AA history. The three-time AP All-American selection had professional stints with Chicago of the Arena Football League, Ottawa of the Canadian Football League and the Chicago Bears in 1987. Payton was inducted into the Eastern Illinois Hall of Fame in September of 2000 and had his jersey retired in a ceremony in September of 2010. He received an honorary doctorate from his alma mater in 2013. Payton was born Dec. 29, 1963 in San Mateo, Calif. , and raised in Naperville, Ill. , Payton has a daughter, Meghan and a son, Connor.