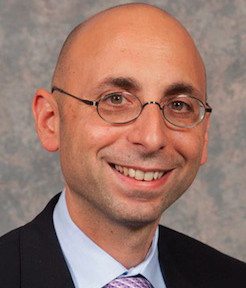 GM, Sacramento Kings Pete D'Alessandro enters his second season as general manager of the Sacramento Kings after being named to the position on June 17, 2013. D'Alessandro quickly began to work on improving the Kings' roster as several moves were made, highlighted by signing center DeMarcus Cousins to a contract extension, a seven-player trade with Toronto that brought forward Rudy Gay to the Kings midseason, and the selection of guards Ben McLemore and Ray McCallum in the 2013 NBA Draft. Continuing to improve the team, D'Alessandro turned over the roster as 25 different players graced the 2013-14 roster and 23 of those saw at least a minute of playing time. At the end of the regular season, D'Alessandro drafted guard Nik Stauskas with the eighth pick in the 2014 NBA Draft and signed free agent guard Darren Collison. Utilizing an innovative initiative, D'Alessandro led the Kings to become the first professional sports team to crowdsource a draft in May 2014. Called "Draft 3. 0 Challenge," the initiative challenged fans to provide analytical insight into determining the Kings' eighth selection in the 2014 NBA Draft. D'Alessandro oversees all aspects of the Kings' basketball operations department, including the coaching and scouting staffs, team negotiations and player acquisitions. He also serves as the main basketball liaison between the Kings, the NBA, and the league's 29 other teams. Prior to joining the Kings, D'Alessandro spent the last three seasons with the Denver Nuggets, helping develop the Nuggets into one of the NBA's elite teams by assisting in the development of all basketball operations strategies as well as the management of day-to-day basketball activities. Promoted to the Nuggets' vice president of basketball operations prior to the 2012-13 season, D'Alessandro focused on trade and free agent negotiations, salary cap management and collective bargaining agreement rules and regulations. As a result of his efforts, the Nuggets posted their best record in franchise history last season (57-25), as well as the most home wins (38). Widely considered one of the rising young minds in basketball, D'Alessandro initially worked for the Golden State Warriors from 2004-2008 as director of basketball operations, and was later promoted to assistant general manager shortly after the 2006-07 season. D'Alessandro began his career in basketball from 1986-90 when, as a student at St. John's University, he served as video coordinator for the men's basketball team under Hall of Fame coach Lou Carnesecca. He graduated from Nova Southeastern University School of Law in May of 1994 and was admitted to the New York State Bar in 1995. From 1994-96, he briefly entered the political arena, ultimately serving as the campaign manager for New York State Congressman Rick Lazio's successful re-election to the House of Representatives. After his stint in politics, D'Alessandro returned to the sports world in 1997, working for a sports agency based in Washington, D. C. For seven years, he represented both NBA and International basketball players before being hired in 2004 by then Warriors Executive Vice President of Basketball Operations and current Kings Advisor to the Chairman Chris Mullin. D'Alessandro and his wife, Leah, have a daughter, Kate, and a son, Ben.