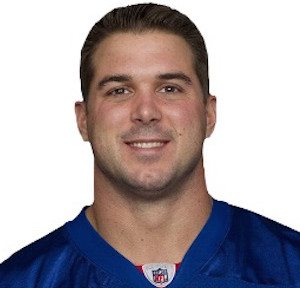 Long Snapper/Linebacker, New York Giants Zak DeOssie was a 4th round draft choice by the New York Giants in 2007. He was a member of the Giants teams that won Super Bowls XLII and XLVI, and has been selected to the Pro Bowl twice (2008 and 2010). He played college football at Brown and was a three-time first-team All-Ivy League selection.