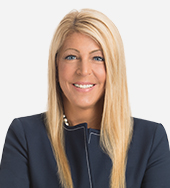 Michelle D. Wilson is Co-President of WWE, a publicly traded (NYSE: WWE) global media company. In addition to co-leading and executing WWE’s day-to-day operations and strategy, Michelle is responsible for all of the company’s revenue lines. She also serves on the company’s Board of Directors.

Among her many contributions, Michelle played a central role in leading WWE’s much publicized transformation to one of the most successful multiplatform media businesses in the world. She also co-led the development and launch of the award-winning WWE Network, which is now the #2 branded subscription service in the U.S.; redefined the company’s approach to annual tentpole events; ushered in a new strategy to partner with blue-chip brands; and expanded WWE’s community outreach initiatives.

Prior to joining WWE in 2009, Michelle served as the Chief Marketing Officer of the United States Tennis Association, oversaw all marketing efforts for the launch of the XFL, a partnership between WWE and NBC, and held consumer products and brand management positions at the NBA and Nabisco, respectively.

In 2018, Forbes named Michelle one of the 10 Most Powerful Women in Sports. She was also featured on the Adweek 50 list, which highlights the leading executives in Media, Marketing and Technology, and named one of Sports Illustrated’s 10 Most Influential Women in Sports.

Winning Outside The Game in The Business of Sports

The sports industry is changing every day: questions around media rights are more pertinent than ever, consumer interests and desired engagement are evolving quickly, the ticketing industry is undergoing a massive shift, and start-up leagues and technologies are challenging leagues who had a near monopoly on fans attention.