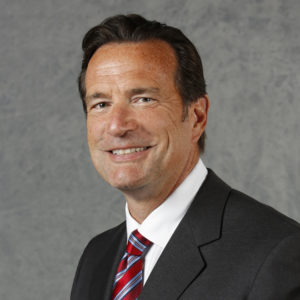 Most recently, Collins was the Chief Executive Officer of On Location Experiences beginning in December 2015 through the company’s sale to Endeavor in January 2020 in a $690 million transaction. Before On Location Experiences, Collins was the Chief Operating Officer of the National Hockey League, President and Chief Executive Officer of the Cleveland Browns, and a senior executive of the National Football League.

Collins led On Location Experiences’ expansion from a single event, three-person entity (formerly NFL On Location) to a private equity capitalized live event experiential business platform with partnerships across 150 sports rights holders, 300 music tours and festivals supported by 500 employees. During this rapid growth and expansion, Collins led six acquisitions, and the subsequent integration of these companies’ capabilities and management teams to position On Location as the premier live event experiential business serving fans and corporate partners in the sports, music, and entertainment worlds.

Collins was recruited to On Location Experiences from the National Hockey League, where he served as Chief Operating Officer for nine seasons. He was the architect of a brand and business strategy that helped transform the NHL to new levels of popularity and financial growth, with League revenues growing from $2 billion to $4 billion during this period. Collins reported to Commissioner Bettman and led all media, marketing, and business initiatives while working closely with the NHL clubs on their business, game day, and arena initiatives.

Prior to joining the NHL, Collins was a 15 year senior executive with the National Football League with responsibilities across the League’s media and programming initiatives including broadcast partners, NFL Films, and the launch of the NFL Network; marketing and sales initiatives including the League-wide coordination of commercial and game-day initiatives across the 32 NFL clubs. Collins left the NFL for a brief stint with Broadband Sports in November 1999 before being recruited back to the NFL in September 2000 by current Commissioner Roger Goodell. During his career in the National Football League, Collins also served as CEO and President of the Cleveland Browns for the 2004 and 2005 seasons after being recruited from the League office by new Browns owner Randy Lerner

Winning Outside The Game in The Business of Sports

The sports industry is changing every day: questions around media rights are more pertinent than ever, consumer interests and desired engagement are evolving quickly, the ticketing industry is undergoing a massive shift, and start-up leagues and technologies are challenging leagues who had a near monopoly on fans attention.