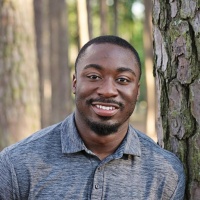 Marcus Lattimore, a native of Duncan, South Carolina, graduated from Byrnes High School in May 2010. After graduating, Marcus signed with the University of South Carolina to play football. Marcus was a three year letterman for the Gamecocks and led the team to their first Southeastern Conference championship game in 2010 as the starting running back. After competing at USC for three seasons, Marcus was a fourth round draft pick of the San Francisco 49ers. Marcus retired after two seasons due to complications from knee injuries. Marcus went back to South Carolina and completed his degree in exercise science in May of 2016. Marcus is very active in numerous philanthropic events and organizations throughout the country including growing the image of The Marcus Lattimore Foundation, which aims to prepare student-athletes for life after sports through a myriad of educational sessions. In November of 2016 Marcus accepted the Head Football coaching position at Heathwood Hall Episcopal School.