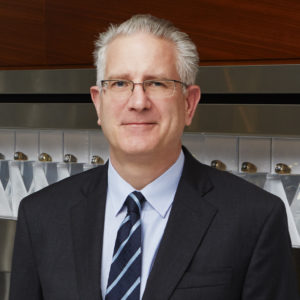 In September 2015 Tod Leiweke rejoined the NFL as Chief Operating Officer, reporting to Commissioner, Roger Goodell. Leiweke is responsible for the day-to-day operations of the league including football operations, media, marketing, NFL International, communications and social responsibility. The COO position is one that no one has held since Roger Goodell was named commissioner in 2007. Prior to rejoining the NFL, Leiweke was Chief Executive Officer of Tampa Bay Sports and Entertainment, which included the Tampa Bay Lightning and Amalie Arena from June 2010 to August 2015. Leiweke was with the Lightning for five seasons managing the day-to-day operations of the franchise and arena. Leiweke also served leader of Strategic Property Partners; the related real estate company with a vision of a major $2 billon dollar mixed use real estate transformation in downtown Tampa. This past 2014/2015 season the Lightning were a Stanley Cup Finalist accentuating a remarkable turnaround of the franchise since Jeff Vinik acquired the team in 2010. The 2015 ESPN Ultimate Sports Standings ranked the Lightning 3rd for Overall Best Franchise of all 127 professional teams in North America, and also ranked the Lightning 1st among NHL teams. During Leiweke's tenure Amalie Arena underwent privately funded renovations that began in 2012, and surpassed the $85 million dollar mark at the end of August 2015. Prior to joining the Lightning, Leiweke served as CEO of the Seattle Seahawks (NFL) and Vulcan Sports & Entertainment for seven years while also providing oversight of the Portland Trail Blazers (NBA). Leiweke served as first ever team President of the Seattle Sounders FC (MLS) helping set in motion the team that is now regarded as a model franchise in Major League Soccer averaging over 40,000 fans per match. During Leiweke's tenure in Seattle he revived the Seahawks 12th Man brand, and assisted in building one of the NFL's finest 200,000sf waterfront practice facilities including access for fans to attend training camp. Tod also led the King County United Way 2009 Campaign that reached the goal of over $100 million dollars raised. That campaign was capped with a climb, and summit of Mount Rainier with NFL Commissioner Roger Goodell. In addition, Leiweke was one of the Founders of the PGA Tour Champions event; The Boeing Classic that generated over $3 million dollars for the Virginia Mason Heart Institute. In his final season with the Seahawks Leiweke was instrumental in recruiting Pete Carroll and John Schneider to the Seahawks resulting in a 2014 Super Bowl win. Preceding his time at the Seahawks, Leiweke served as President of the Minnesota Wild and Minnesota Sports & Entertainment. The Wild were regarded as one of the best professional team launches in sports history, and were recognized as one of sports most fan friendly franchises in 2002. Tod also held an executive position with the PGA TOUR, helping establish the national charity program, The First Tee. Which is one of sports largest and most successful diversity programs that's backed by the five major golf organizations; PGA Tour, PGA, USGA, LPGA and Augusta National. The First Tee now serves over 4 million youth annually. Leiweke has also held early career positions with the NHL's Vancouver Canucks, and the NBA's Golden State Warriors. Leiweke, 55, is a native of St. Louis, Missouri and is married to Tara. The couple has two children.