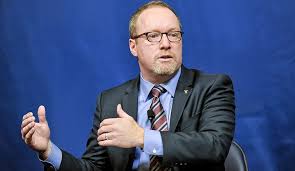 David Griffin was named the 10th General Manager in Cleveland Cavaliers history on May 12, 2014. As GM, he manages and oversees all aspects of scouting, personnel, player acquisitions and transactions, and all team operations. Since being named GM, Griffin's teams have compiled a 110-54 (. 671) record, captured two Eastern Conference Championships, and the franchise's first ever NBA title (2016). Prior to joining the Cavaliers, Griffin spent 17 seasons with the Suns, the last three as the club's SVP of basketball operations after being named to the position in June 2007; he also previously held the titles of assistant GM of player personnel and director of player personnel. The Phoenix native graduated from Arizona State with a degree in political science. He and his wife, Meredith, are active in fundraising and volunteer roles with Boys and Girls Clubs of Greater Cleveland, Domestic Violence & Child Advocacy Center and a wide range of Cleveland Clinic Philanthropic endeavors.