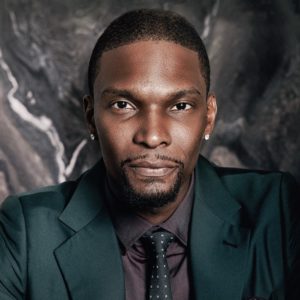 Chris Bosh made a mark in the NBA as being one of the most respected and sought-after players in the league. He is an eleven-time NBA All-Star, who helped bring two consecutive NBA championships to the Miami HEAT. With Chris' passion for education, he partnered with Bill Gates, Mark Zuckerberg and will. i. am to create a short film with code. org to raise awareness for and emphasize the importance of coding in youth education. As a result, Chris also wrote a story for Wired Magazine where he discussed his thirst for education and why he learned to code. In September 2017, Bosh joined the NBA Harvard Business Pilot Program where he studied key business challenges and discussed popular case studies. As a father of 5 himself, Chris hopes to instill his passion for technology, education, and coding for future generations.