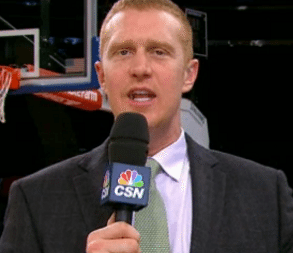 Following a successful 11 year NBA career in which he won a NBA Championship in 2008, Brian Scalabrine joined Comcast SportsNet New England as an NBA analyst. After a year in broadcasting, he opted to join Mark Jackson's staff as a coach for the Golden State Warriors. In 2014, Brian returned to Comcast SportsNet and has since become a popular commentator for the Boston Celtics. He is also an everyday broadcaster for SiriusXM NBA, and a frequent guest on radio shows such as Sports Nation, The Jim Rome Show and Fox Sports Radio. Prior to playing in the NBA, Scalabrine had a successful four-year playing career at the University of Southern California. Scalabrine married his wife, Kristen, in 2003, and they now have two children. He spends a good deal of his time working with the sports philanthropy organization "Athletes for Hope".