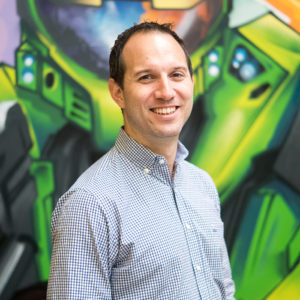 As the CEO and founder of Skillz, Andrew has grown the company into the worldwide leader in mobile esports and the fastest-growing company in America, according to Inc. Magazine. Under his leadership, Skillz has raised over $100 million in funding from leading venture capitalists, media moguls, telecommunications companies, and sports luminaries. The thought leader and serial entrepreneur has been featured in a variety of publications including Bloomberg, The Wall Street Journal, and CNBC. Additionally, Andrew's accomplishments earned recognition from the San Francisco Business Times, which named him to its 40 Under 40 Class of 2018. Andrew's successful track record pre-dates Skillz as the founding inventor behind companies in a range of technology sectors, including eCommerce, image recognition, HR technology, and payment processing. Just before Skillz, Andrew founded AisleBuyer -- the company known for pioneering mobile self-checkout prior to its sale to Intuit (NASDAQ: INTU) in 2012.